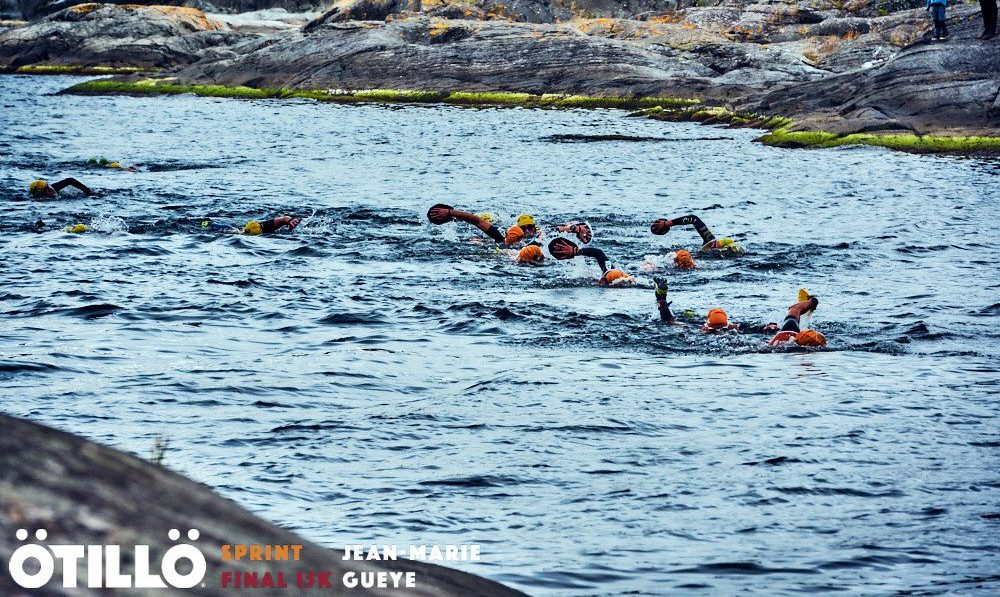 The ÖTILLÖ Final 15km on the Stockholm Archipelago is described as ‘magnificent’ and one of ÖTILLÖ’s best swimrun courses. At 12.1km long it takes in 13 runs and 12 swims on a technical and varied island-hopping adventure. It is designed so that swimrunners can experience the last part of the World Championship course without having to go through the gruelling 70km race.

Set in the days leading up to the World Championship, the Final 15km is a fine course in its own right with 290 participants from over 17 different nationalities making the journey to the start line for the 2022 edition.

Today was grey and slightly overcast on the islands, some rain in the night had made for a fresh start to the morning. The journey over to the island of Utö by a 50-minute passenger ferry from the mainland feels like crossing a gateway into another world. Island life is notably calmer, and things happen at a slower pace here. Utö is the birthplace of swimrun and the mecca for any swimrunner. The characters who did that first ever swimrun challenge are still here, smiling and welcoming.

The sea temperature had steadily dipped over the last week dropping around four degrees in over a week but the day was calm enough. The stage was set and a nervous energy hung in the air at the start line.

After a short final briefing from Race Directors Mats and Michael reminding us ‘to have fun’, we were off and out into an immediate 40 meter climb. There was no holding back, and a 5km park-run style sprint off the line with little regard for the distance to come. Laboured breathing and bulging calf muscles was the flavour of this first climb up the hill.

Some jostling for positions followed as we jogged along fine sections of single-track through pine trees, trails and technical rocky surfaces, you quickly warm up in neoprene wetsuits and swim caps. At 3.5km this is by far the longest running section of the day and a total contrast of what is to come.

ÖTILLÖ literally means ‘island to island’ and this course has been designed to be a near flawless expression of that concept, fast-paced with action packed transitions in and out of the water with technical trail and running over rocks linking it all together.

Indeed the crux of the course has 12 swims and 12 runs in the space of 9km. Before you have time to catch your breath on a run, you are launching back into the water and aiming at the next exit. Transitions are wild and with rugged entries and exits into the sea, the occasional plunge but mostly sliding along seaweed and trying not to fall over. It was unbridled joy.

With the waters in the Baltic Sea being quite brackish, the saline content is lower and as such is a delight to swim in, it feels clean on your skin. The swims although comparatively short (400m the longest) can be tricky in places, one such having a strong current as water is squeezed between two islands meaning you had to aim well off in order to come back in on the current. Friendly marshals direct you onto the best line to swim on.

Running is technical and slow in places, uneven and undulating rock surfaces which tests your concentration. One wrong foot placement equals an unpleasant fall. This gave way to tiny paths winding their way through wooded areas which outside of swimrunners coming through once a year would be seldom used.

Today also saw a spirited group of 12 youngsters perform incredibly well in both the solo and team divisions. This joint collaboration between Envol and Vivobarefoot has coached and kitted out up young swimrunners and the next generation of the sport. They all gave it a good go with special mention to Johanna Gränhällen who took a sterling second placed ladies solo podium.

This is a special swimrun race. The course is challenging and varied with a sense of being in a remote place. You have a strong feeling of voyaging through nature whilst being in a significant place for the sport – triathlon has Kona, swimrun has Utö. Most will complete the course in 2-3 hours and, being relatively easy to reach from Stockholm, is well worth the trip.